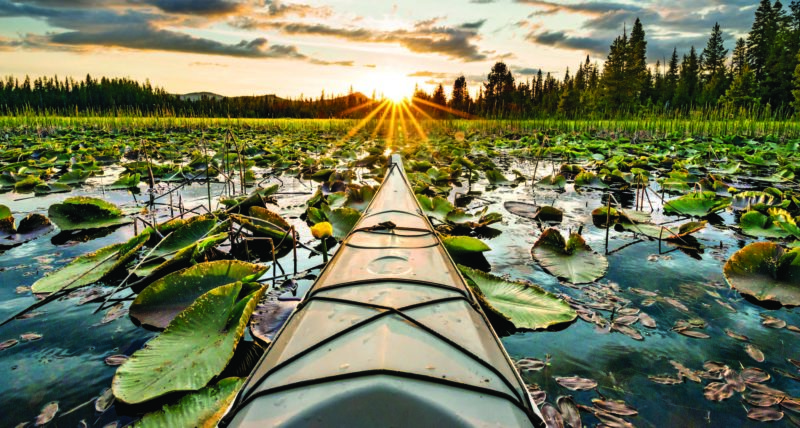 While Tim Giraudier floated through his youth and his 20s doing and enjoying different jobs, activities and experiences, there was one common thread. He almost always had a camera with him. He photographed his surroundings— from research lab work in Portland to aquaculture work in Illinois to commercial fishing on a salmon troller in Alaska.

The 1993 Portland State University graduate and Westfir resident also made trips to Australia and New Zealand.

“I just didn’t really know what I wanted to do,” he says. “I didn’t have a career I wanted. I floated around to different things, photographing it all. The whole time I was getting more into photography. It paid off later.”

In 2004 at age 33, Tim decided to make photography his full-time occupation. He established Beautiful Oregon as his business name and www.BeautifulOregon.com as his website.

He admits that in those early years of being a full-time photographer, he was “flying by the seat of my pants to make it happen.”

Tim introduced himself and his photography to the public at a Saturday Market in Eugene in 2004. He displayed photos he had taken while working and traveling. He remembers selling at least one photo at that event.

Since then, Tim has displayed his photos at art shows in Lake Oswego, Salem, Sunriver, Bend, Hood River and Eugene, and out of state in Boise, San Francisco and Seattle.

Tim says it took him about three years of accepting every job offered—business photos, weddings, portrait and product photos—to realize he could do photography for a living. He gradually began specializing in large Oregon landscapes, taking photos at the coast, in the mountains and in the high desert.

“I was working on the idea of showing Oregon and everything that it is,” he says. “I was trying to find the crossroads between what would sell and what I was interested in shooting.

“To be successful in photography you need to be persistent. You have to be passionately interested in what you’re doing so you don’t give up. I love photography because it allows me to look closely at a lot of things. Photography is a great way of looking at the world.” 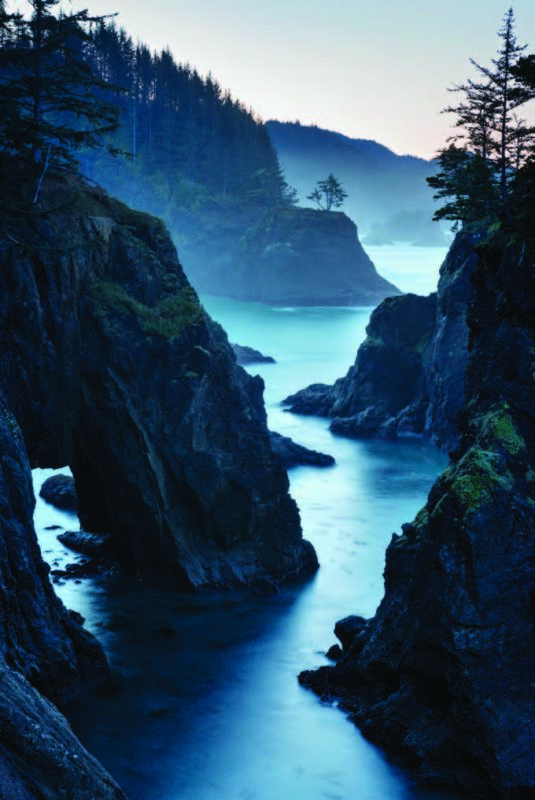 Tim, who moved from Eugene to Westfir in the Cascade Mountains in 2013, says he has felt most comfortable with his photography business in the past five years. He has narrowed his focus to Oregon landscapes, birds, flora and people recreating in the outdoors. He has traveled to most parts of the state to shoot photos. He says his favorite is the Three Sisters Wilderness Area in the Cascade Mountains.

“It’s close, it’s big and it has an enormous variety of habitat and forest,” Tim says. “These places are our history.”

In addition to his photos being purchased and displayed in homes, numerous dental and medical offices have bought his work. The office owners say the landscapes provide a calming, therapeutic feeling for patients who may be nervous during their visit.

“I’m very interested in having my art up to help people feel better,” Tim says. “The health care facilities are a win-win for everybody.”

Oregon Oncology Specialists in Salem have 30 to 40 Oregon landscape photos by Tim in their facility. Steven Taylor, the CEO and a partner in Oregon Oncology, says when the facility transformed from a traditional clinic into a sanctuary for cancer patients a few years ago, he wanted to fill its space with special places. Steven had seen Tim’s photos at the Salem Art Fair and deemed it a good fit for the clinic’s new design.

“They’re the most beautiful landscapes you can imagine,” Steven says. “They create an interactive experience between patients and the actual scene. They make you feel like you’re at the falls, at the beach, looking down at a valley. Patients can escape into an outdoors experience while inside a building. They help cancer patients feel calm and relaxed while here. They help them find peace while they’re here. We’ve received incredible positive feedback on the photos.”

Tim and Judi Welch have Tim’s landscape photos in their Eugene dental business, Northwest Oral & Implant Surgery. When they remodeled the office several years ago, they included several of Tim’s photos. More photos were added when the office expanded three years ago.

“His pictures are beautiful, very peaceful. When people come in, they may be very nervous. They see the pretty photos and hopefully that can be very therapeutic for them. Tim is very talented, very creative. He’s so easy to work with, and we’re lucky to have his artwork.”

Tim says he shares the credit for his photography success with those who have bought and displayed his work.

“I’m eternally and always grateful to people who appreciate what I’m doing,” he says. “I’m always thankful for their support. Each person who has bought a piece from me is part of my success.

“Miraculously, I’m able to do exactly what I want to do.”

For more information and examples of Tim’s work go to www.BeautifulOregon.com or visit his Instagram Oregon photo blog at tim_giraudier.