Understanding Bills After An Outage

After the February snowstorm and resulting outages, we understand and apologize for the confusion and frustration surrounding bills for prepaid members – and for any member, in fact. We want all members to rest assured that while power was out, they were not charged for any kWh usage. An underlying reason that bills may seem higher than anticipated is that we experienced below-average temperatures during February and March, which would have resulted in higher than normal bills for many members, regardless of the outage.

Here are some questions we’ve received, along with our answers:

What are the daily rates when the power is off?
Whether the power is on or off, every residential member is billed the current basic charge of $31.50 for each 30-day billing period, which amounts to $1.05 per day. This basic charge covers the cost of our infrastructure – the poles, wires, and transformers that deliver electricity to members’ homes. This cost is entirely separate from the kWh usage charge. Anything over $1.05 per day includes estimated kWh usage charges.

Why are prepaid members seeing kWh usage on days their power was out?
This is estimated usage that was resolved once power was restored. We don’t always have reliable communication between the office and the meter. The SmartHub software has been programmed to estimate usage for those times when there is no communication and trues up usage when the office receives an actual read. Estimates are based on historical usage. The SmartHub software doesn’t know the difference between a power outage and no communication which is why it was estimating usage during this last outage. Once the office was able to receive an actual read, it trued up or adjusted the SmartHub information for differences between estimated usage and actual usage.

The SmartHub graph is a monitoring tool to help members manage their usage and is not used for actual billing – there is a separate system for billing. So, while the SmartHub graph looked like electricity was used during the outage, members were not actually billed for usage while the power was off. Don’t forget to factor in that electricity was probably used on the day the outage began and again the day power came back on.

Have you seen a spike in one-day use when the power was reactivated?
During this outage, the communication lines didn’t always come up at the same time that power was restored — in some cases, there was a lag of several days. Because of this, once communication from the meter to our office was restored and we got an actual read, members may see what seems like a spike on that one day. That read is actually from however many days the meter wasn’t communicating with the office but power was on, including the day that the power went off (in the hours before), the day it was restored and any days after that. Due to temperatures near freezing during this time period, it’s likely that more heating was being used than normal once power was reactivated. 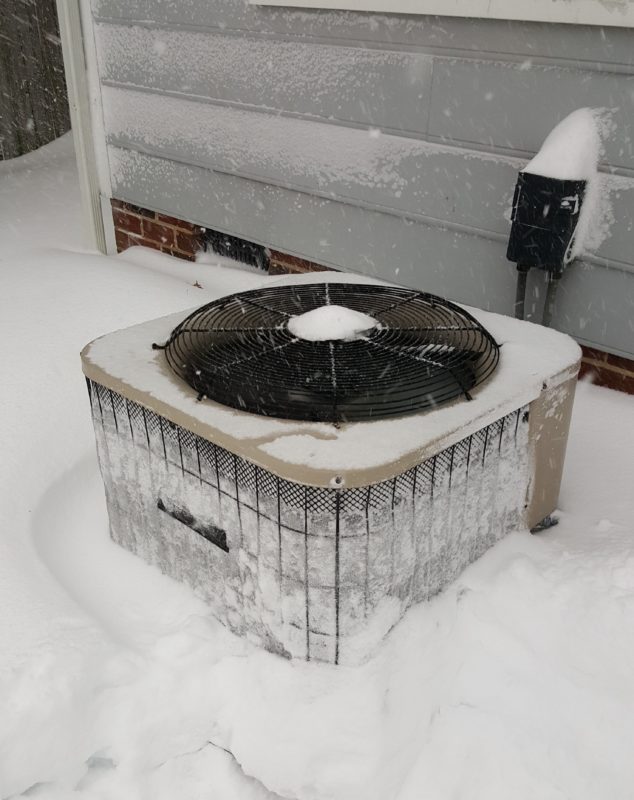 Also, for members with a heat pump: If the heat pump was covered in snow, as pictured to the right, it most likely went into auxiliary or emergency mode after power was restored, which can cost twice as much to operate. This is because snow (and/or ice) around a heat pump decreases airflow across the outdoor coil of the unit thereby degrading the performance of the equipment causing it to use more electricity. It’s important to remove snow and ice from around a heat pump to maintain energy efficient performance.

Can the auto read meters create billing errors?
No. If SmartHub is unable to get an actual read, it estimates, and once power is restored and an actual read is obtained, a member’s usage information trues up.

Have there been delays in responding to members’ questions?
We have experienced a high volume of billing inquiries. We are committed to addressing every member’s concern as efficiently as we can. Each member’s billing question requires an individualized explanation based on when power went out and was restored for that member and what the member’s kWh usage was during the most recent billing period. For privacy reasons, we cannot address questions via Facebook. We encourage members to call our office at 541-484-1151 for any remaining questions or concerns that they have.