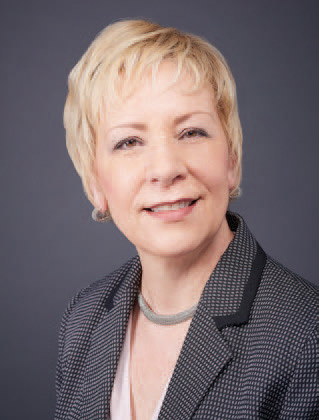 As we are now in midst of winter, and weather forecasts have been predicting snow, many of us are remembering the debilitating 2019 February snowstorm, the power outages and the damage that came with it. It was a costly disaster, and tax changes by the Internal Revenue Service threatened to make it even more costly to Lane Electric and our members.

The 2017 Tax Cuts and Jobs Act presented unintended consequences to Oregon electric cooperatives, including Lane Electric. The tax law changes made government aid and grants taxable, whereas previously they were tax-exempt.

For Lane Electric specifically, it meant the Federal Emergency Management Agency grants we will receive for the 2019 snowstorm to offset 75% of storm damage repair costs could have been taxable. The money we will receive would have caused us to exceed the percentage of revenue we are allowed to maintain our tax-exempt status. In other words, under the 2017 tax law, we would have to pay taxes.

Lane Electric directors and staff, along with electric cooperatives across the country, emailed and visited with our elected officials in Washington, D.C., asking them to support the Revitalizing Underdeveloped Rural Areas and Lands Act, which would correct the 2017 tax law. In August, we also did a call to action to you, our members, encouraging you to contact your elected officials and visit our grassroots webpage urging Congress to support the RURAL Act.

This act needed Democrats and Republicans alike to support our rural constituents and work together. As it turns out, there was excellent bipartisan support (see page 28), but not enough to ensure it would be included in the 2020 spending bill. For the RURAL Act to pass, it was essential to have the backing of Sen. Ron Wyden, who sits on an influential committee. Lane Electric, along with our fellow electric cooperatives, is thankful this disaster was avoided.

We are grateful our elected officials set aside their differences, were nonpartisan, and came together to support electric cooperatives across the country. This change would not have happened without Sen. Wyden supporting electric cooperatives and taking it across the finish line. Lane Electric expresses our deepest thanks and appreciation to Sen. Wyden for his support of the RURAL Act and rural Oregon.

Thank you, too, to all of our members who contacted our elected officials. You made a difference!