Lane Electric Cooperative has been awarding scholarships to its members and their children for close to 40 years.

Initially, two $500 scholarships were presented for use at nearby Lane Community College. Over time, the co-op’s scholarship program has been redesigned. This year, the scholarship committee selected five high school graduates to receive Lane Electric’s College of Choice awards. Each scholarship is $1,500 and helps cover the costs of tuition and fees.

Awarding these scholarships is part of the Seven Cooperative Principles, which includes Education, Training and Information, and Concern for Community. 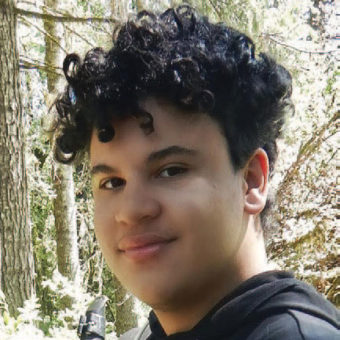 Future Goal: Playing clarinet as a member of the Boston Symphony.

After first picking up and playing the clarinet in the sixth grade, Cedric de Klerk has been on a mission.

He has practiced and practiced, and then practiced some more, with a goal of someday being a member of the Boston Symphony.

“I want to be a professional clarinet player,” says Cedric. “I’ll work really hard to get there. I know it takes a lot of dedication to get to that level.”

During high school, Cedric performed clarinet solos at his school, helped younger musicians during band practice, attended a three-day honor band conference, was a member of the Eugene Youth Symphony, and participated in the Music in May program organized by Pacific University in Forest Grove.

He and his clarinet are now headed to the University of Oregon for more education, instruction and practice. He will major in clarinet performance.

Cedric says he was excited and honored to receive the Lane Electric scholarship that will help him pursue his dream.

“I have a passion for the clarinet,” he says. “I have a lot of work to do with it, but I’m willing.” 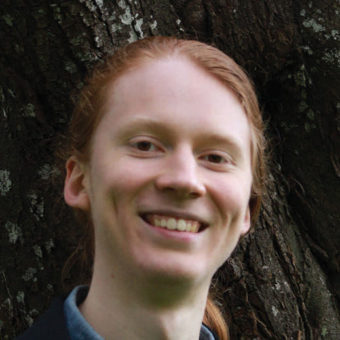 Future Goal: To work for a company that is involved in developing clean technology.

Having been dual-enrolled at McKenzie High School and Lane Community College, Galen Fox has quite the head start on his college career.

The recent graduate plans to attend Oregon State University and major in mechanical engineering and renewable materials through the College of Forestry. He will enter OSU with 65 college credits, almost enough to give him junior standing.

Galen wants to work for a forward-thinking company on clean technology.

“My teachers have been influential and the opportunity to attend Lane Community College has been important,” says Galen, a native of McKenzie Bridge. “Oregon State will be something new, but I think I’m pretty well prepared.”

Galen is not taking a summer break from school. Instead, he is taking summer classes at OSU. He plans to earn his bachelor’s degrees in two to three years and then will consider his options, one being to pursue a master’s degree.

“I’m very excited about the future,” Galen says. “I’m really thankful for the support from Lane Electric. The scholarship will help make my college experience possible.” 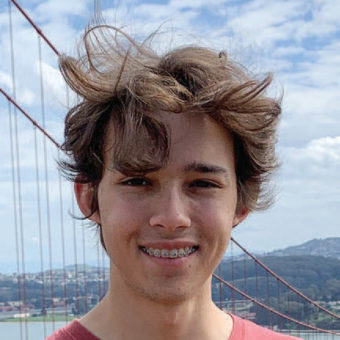 Louis Hunter was impacted at an early age by the medical profession.

His younger sister was sick and spent time in an intensive care unit. She recovered, and Louis was relieved and thankful. Now the 2020 South Eugene High School graduate is eager to begin college work at the University of Oregon that will take him into the medical field.

“When my sister was in the hospital, I saw the wonders that medicine and doctors can do,” Louis says. Combined with my interest in innovation of new treatments, I would love to work with that to cure people. That would be really meaningful.”

Louis will major in human physiology.

“Majoring in human physiology will help me gain a better understanding of humans,” he says.

He says he is honored and grateful to be selected for a Lane Electric College of Choice award. He explains that he would have probably needed to work about 150 hours to make $1,500, but now “I will use that time instead for studying, doing internships and volunteering.” 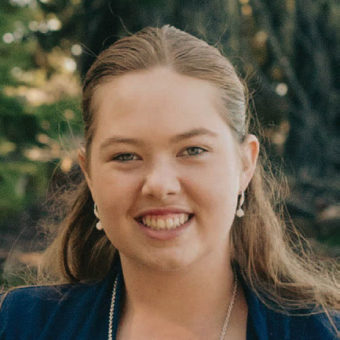 Following in the footsteps of her grandmother and her mother, Madaline Maher is ready for the next step toward becoming an elementary school teacher.

Madaline is a recent graduate of Oakridge High School and will attend Western Oregon University in Monmouth this fall. She will major in education.

Those teachers who have been mentors for Madaline include her grandmother, Andrea Maher, who taught grade school classes at three schools, including Oakridge, and her mother, Tina Maher, a longtime first-grade teacher in Oakridge.

“I want to help lead younger students to a better life,” Madaline says. “I love working with younger kids. That’s most important to me.”

Madaline says she is thankful for the Lane Electric scholarship and that she will use it “to my full potential.”

“I’m ready to move on to the next chapter,” she says. “I’ve always dreamed about going to college. I’m ready, but I will miss home.” 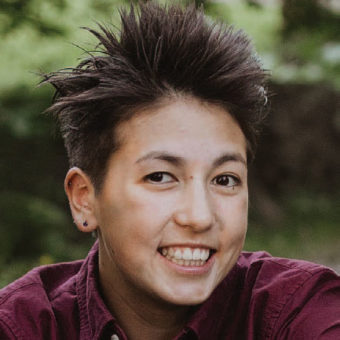 Samara Park is passionate about climate change, which is guiding her toward a college career in physics with a focus on renewable energy.

The 2020 graduate of South Eugene High School will attend Colorado College in Colorado Springs this fall. She decided on this school because she wanted a smaller liberal arts school and because of its unique block plan that consists of taking one class for three hours daily for one month. Four classes are taken per semester.

Samara took a physics class during her high school junior year and says it was the most interesting class of her high school years. She also took biology and chemistry, but says physics was her favorite.

“I feel prepared to move on,” she says. “South Eugene encourages students to take Advanced Placement classes. I took some in science, and those get you ready for college.”

Samara’s goals include a bachelor’s degree and a doctorate that will allow her to research and teach.

“I want to work on increasing battery storage from renewable energy,” she says.

She says she is thankful for the support she has received from her family, her high school, and Lane Electric for the scholarship in order to further her education.