Lane Electric board president brings her people skills to the boardroom 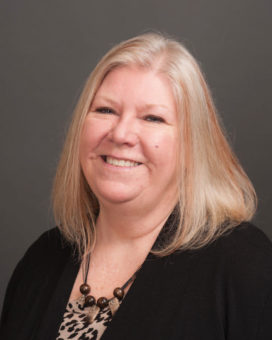 Susan Knudsen Obermeyer readily admits she’s always had a fear of electricity just because she didn’t know much about it.

But she does know about working with people, having served in various capacities for the U.S. Forest Service in the Oakridge/Westfir area for 35 years. She has also been involved in numerous community service projects.

When Susan received a postcard encouraging her to apply for an upcoming vacancy on the Lane Electric Cooperative Board of Directors for the Oakridge District, she wasn’t sure how to respond. With additional encouragement from a second postcard with the same invitation, she applied.

After interviews with the co-op, she was selected in December 2013 from six applicants to fill the position.

“I know about working with people, working in groups,” Susan says. “I knew I could learn about electricity. I figured I might have something I could contribute.”

Seven years later, the 65-year-old Forest Service retiree is now in her third year as the board’s president.

But I probably spend more time and energy taking board classes, how to run meetings, managing policy, making sure bylaws are in place, making decisions and making sure we have the time, money, and people to do upcoming projects.”

Kathy Keable, the board’s vice president, speaks highly of Susan and her leadership skills. The two have known each other for years, having met while working on Forest Service projects. Kathy worked in the McKenzie District.

“I think Susan has done a great job making decisions for the co-op,” Kathy says. “She always keeps in mind what is best for the members when it comes to board decisions.

“She always hears from every board member. She listens to people. That’s a great skill to have, not just in personal conversations, but in group discussions.”

Susan says initially she figured being a board member would be a part-time job. She now admits it takes a lot of work. In her first year in 2014, she attended a national conference and discovered most co-op board members are retirees because they have the time to attend meetings, read and study information, and make decisions on behalf of their members.

In her seven years on the board, Susan has participated in the hiring of two general managers for the co-op, endured along with the rest of the staff and members the major snow event of 2019 and the subsequent extended power outages, and is now dealing with the “Stay at home, stay safe” order caused by the COVID-19 pandemic.

“It has been challenging,” Susan says of the situation.

The co-op’s monthly board meetings have been held online, but not all of the board members have been able to get on video. All have had audio access.

“I really appreciate the leadership Susan brings to the cooperative,” Debi says. “She faces challenges head-on and is not satisfied until an issue has been seen all the way through.”

Susan says she is thankful power to members’ meters has not been disrupted during this time.

Susan says her goals include keeping electricity rates as low and as sustainable as possible, being prepared for lengthy power outages and improving broadband service to co-op members.

“Everybody would like free electricity,” she says with a laugh. “But it doesn’t work that way. Cost of supplies and equipment go up. Wages go up. The board has to balance those factors and do the best job we can regarding rates and services for our members.

“Being on the board has been fun, interesting, and also sometimes frustrating.

We don’t always agree in our discussions and decision-making, but we still like each other at the end of the day. That’s important.”

Susan is no stranger to community service and doing the kind of work the co-op board position requires. Serving her home community of Oakridge is near and dear to her heart.

Susan was born and raised in Oakridge, graduating from Oakridge High School in 1973. She took classes at Lane Community College in Eugene and went to work for the U.S. Forest Service in 1974, initially as a seasonal worker in the Oakridge District. It wasn’t long before her energy and work ethic on the job earned her a full-time position.

Eventually, Susan cruised, appraised, and laid out timber sales. She became the timber pre-sale supervisor. She retired in 2011 as the operations staff officer for the district’s timber division.

Susan also found time to serve 12 years on the Oakridge School Board and took a turn as chairwoman. She and her husband, Bob, have a son and a daughter. Both went through the Oakridge school system.

Susan also coordinated and organized the Senior Citizens’ Christmas Basket Program and the Oakridge Mini-Olympics program, and helped at the outdoor school program for students. She and Bob are on the Oakridge Museum Board.

During her Forest Service career, Susan was a steward for the Forest Service union. She continues to serve on the Oregon State Forestry Advisory Committee for Western Oregon, and is a member and the treasurer for the Southern Willamette Forest Collaborative Board.