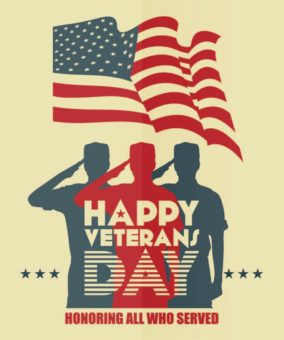 Four members of the Lane Electric Cooperative family have served not only the co-op, but also their country.

Lane Electric staking technician Blair Blizzard and co-op board of directors’ members Jack Billings, Hugh Buermann and Jerry Shorey are each U.S. military veterans. Blair was a photographer in the Army from 1972 to 1975. Jack was in the Iowa National Guard from 1968 to 1971 and was a member of the Army Reserve for the next two years. Hugh served in the U.S. Navy from 1959 to 1963. Jerry is a U.S. Air Force veteran, serving from 1975 to 1997.

These veterans and many others will be recognized, appreciated and honored this month, specifically Veterans Day on November 11.

Blair is proud to be part of the military family. “What does Veterans Day mean to me?” the 66-year-old asks. “It recognizes that Americans have donated years out of their lives to stand up for the rest of the country to keep our freedom.”

Blair, a 1971 graduate of Astoria High School, joined the Army in 1972 to be a photographer. She had taken photography classes in high school and enjoyed packing a camera around and taking pictures.

“I wanted to be able to get some real pictures of what was going on in Vietnam,” she recalls. “It wasn’t pretty, but back in those days I didn’t scare easy.”

She did her basic training at Fort McClellan in Alabama and went to Fort Dix in New Jersey for additional photography training. The Vietnam War ended just before she completed her training. She was assigned to a post in Germany, and spent 2ó years there.

“I’ve always been disappointed I didn’t get the opportunity in Vietnam,” Blair says. “I didn’t get to go, but that was probably a blessing. I might not have come back.”

Instead, she took photos of soldiers who were re-enlisting, being promoted, receiving awards or were on parade. She was excited to photograph the action during international competitions of soldiers maneuvering through ground drills, and taking aerial photos of skydivers from a helicopter while she was strapped in and standing on a landing skid.

“It was great fun,” she says. “I just didn’t have any fear of doing stuff like that. Although I didn’t get to serve in the midst of a war, I loved being there and being ready.

“It was great while I was in the service, but I really wanted to get back to the states, get to college and to figure out what I was going to do with my life.”

Blair left the service in 1975. After some college classes and a marriage, she was hired as a meter reader by Missoula Electric Cooperative in Montana. She spent 15 years there, learning and moving up and eventually becoming a mapper, dispatcher and staking technician.

Blair moved back to Oregon in 2011 to be closer to her mother, who needed care. She applied for electric co-op jobs and was hired by Lane Electric in 2013 as a staking technician.

“My military experience taught me discipline, a stick-to-it attitude,” she says. “I was a free spirit when I was younger, but the military showed me how to follow through with your job, how to buckle down and get the job done.”
Jack, 73, says Veterans Day reminds him he had the opportunity to serve in the military and it was a good experience.

Jack was not deployed overseas. He was assigned to medical services, tracking the inventory of medical supplies at his Iowa City post.

“It is a good memory for me,” he says. “I learned I could meet the military standards for physical fitness. It gave me a broader appreciation for what the Army does. I’m glad I served.” 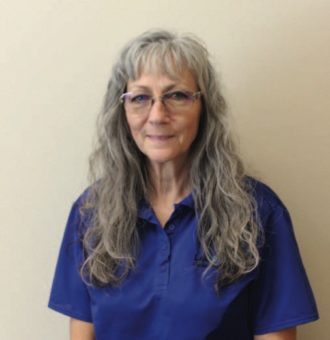 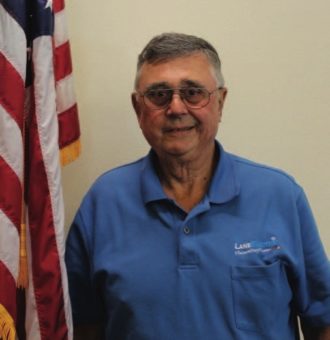 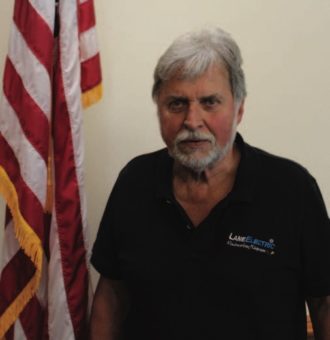 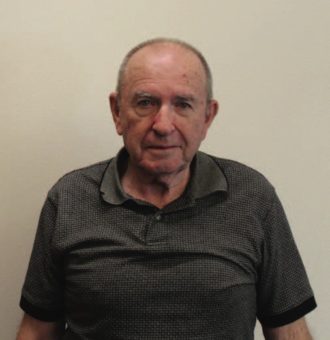 Hugh, 79, enlisted in the U.S. Navy in 1959, shortly after his high school graduation from New Plymouth, Idaho.

He wanted to be in the Seabees, a construction battalion, but his Navy test score suggested he would be a better fit for electronics. He was sent to electronics school on Treasure Island in San Francisco, and spent three years on destroyer ships in the Pacific Ocean working on communication and radar systems.

“It was a very good decision,” Hugh says. “It set me up for my career.”

In November 1962, Hugh was on a ship on the Saigon River near Saigon, South Korea. The city was under fire, and Hugh’s ship was at battle stations during its stay of a few days before returning to open waters.

During those three years, Hugh on numerous occasions was transported between ships in a basket attached to a high line to fix communication problems on other ships. He also climbed up masts or worked from a helicopter to repair antennas.

“It was the best four years of my life up to that time,” Hugh says. “I loved my job, I was able to learn a trade that I’ve used ever since. I feel good that I was able to serve. I was glad to do my patriotic duty.”

Jerry, 82, graduated from Oakridge High School in 1955 and six months later enlisted in the U.S. Air Force. He had a 22-year military career, retiring in 1963.

Jerry spent four years on active duty. He and his canine partner, Mike, teamed up to patrol and guard airplanes, munitions supplies and the base at Mountain Home, Idaho.

Jerry’s active duty years were between the Korean and Vietnam wars, so he wasn’t deployed.

After he was discharged, Jerry became an emergency medical technician. When he joined the Air Force Reserve in 1976, he served as a medic and eventually transferred to air evacuation medic duty. He was deployed in 1990 during Desert Storm. He was a member of five-person medical teams that accompanied wounded from Kuwait and Saudi Arabia to Germany and from Germany to the U.S.

“In the reserves, I felt like I was doing something useful,” Jerry says.

He would have stayed in the reserves longer, but retirement was mandatory when he turned 60 in 1997.

“I saw the guys who gave up a lot, and not just the guys who served, but their families, the ones left at home,” Jerry says. “They don’t get the credit they should.”

The third annual Veterans Day Lunch hosted by Lane Electric Cooperative is Thursday, November 7, from 11:30 a.m. to 2 p.m. at the co-op’s main facility, 787 Bailey Hill Road, Eugene. The event is not held November 11, Veterans Day, so as not to conflict with other events on that date.

The lunch is open to veterans living in Lane Electric’s service territory. A spouse or significant other may also attend.

Julie Stephens, a co-op employee, came up with the lunch idea. She has several family members who are veterans. Because of them, she wanted some way to honor those who served.

“Lane Electric was gracious enough to support my idea,” she says.

A catered lunch of chicken, baked beans, salad, rolls and dessert will be served. A Veterans Affairs representative will be the guest speaker and will discuss programs and services available to veterans.

Julie says invitations were sent to the co-op’s veterans, but if a veteran did not receive one and wants to attend, they should call Lane Electric at 541-484-1151 and ask for Julie or a member services representative.

“Personally, it hits my heart, the sacrifices that the veterans have made,” Julie says. “We want them to know how much we
appreciate them.”