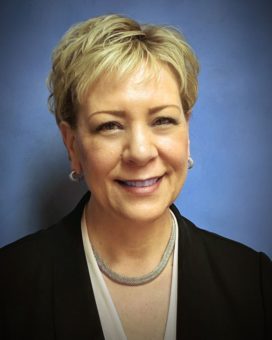 “Debi has done an impressive job as Acting General Manager,” says Board President Susan Knudsen Obermeyer. “What better way to show her skills and expertise than by leading the organization through the devastating snow storm in late February and its resulting outage restoration work. The Board is pleased and excited for the future of Lane Electric Cooperative with her at the helm.”

“I am honored to be selected and to serve as General Manager for Lane Electric Cooperative,” says Wilson. “With more than 20 years at Lane Electric, I can provide a seamless transition. I will continue to lead our dedicated employees and work alongside the Board of Directors on local, regional, and national issues that affect our cooperative and our members. I am looking forward to leading the co-op into the future.”

Wilson was hired as Lane Electric Cooperative’s Controller in 1998 and promoted to Finance & Administration Manager in 2009. Prior to Lane Electric, she worked for 10 years in public accounting as a CPA. She succeeds Matt Michel, who resigned in January 2019.