Lane Electric Cooperative has been awarding scholarships to its members and their children for close to 40 years.

Initially, two $500 scholarships were presented for use at nearby Lane Community College. Over time, LEC’s scholarship program has been redesigned and now eight are offered: one for a high school student to participate in the NRECA Youth Tour to Washington, D.C.; one for the Vocational Outdoor Line Training Academy (VOLTA); one to a graduating senior; one to a member at large to attend Lane Community College; and four to students to attend the college of their choice.

The Lane Electric board has approved $24,000 annually for these scholarships. Awarding these scholarships is part of the Seven Cooperative Principles, which include Education, Training and Information and Concern for Community.

Here we present the 2018 scholarship recipients. A story on Dayna Harris, the recipient of the NRECA Youth Tour scholarship, is on our website. 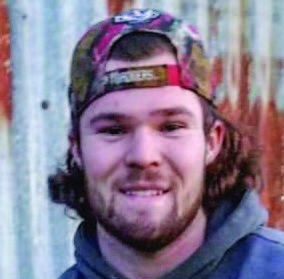 Matt Engholm likes to be outdoors and working with his hands, but after two years of community college, he was still undecided about a profession.

His indecision ended after talks with his older brother, Chris, who finished his electrical lineman apprenticeship.

“I questioned him more in depth and decided that being a lineman is what I wanted to do,” Matt says. “Chris said he has never stopped learning, so I feel like it wouldn’t get boring.”

With a goal in mind, Matt applied for and received the Vocational Outdoor Line Training Academy scholarship. The 10-week program prepares students for the outside line industry, teaching them basic knowledge of electrical systems, equipment and safety to satisfy initial employment requirements.

“I am very thankful to have been chosen for this scholar- ship,” Matt says. 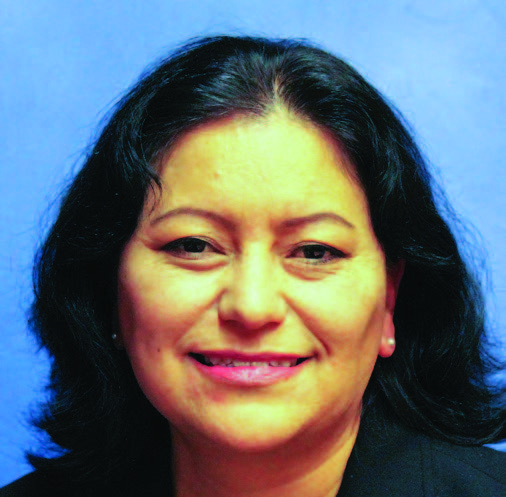 After working for 14 years in a large hospital system as a Spanish medical interpreter, Elizabeth Lowery was laid off in 2017.

Those years showed her there was a need for people working in the medical field, so the Cottage Grove resident is now studying to become a nurse. She has completed one year of requirements at Lane Community College and plans to return this fall with the help of the scholarship she received from LEC.

Following her second year of school, she will apply for the nursing program.

“I appreciate so much the help Lane Electric is giving me, not only the scholarship, but the fact they are keeping the money in the community,” Elizabeth says. “I’m blessed by having this opportunity. I need to finish. I need to be productive in society.” 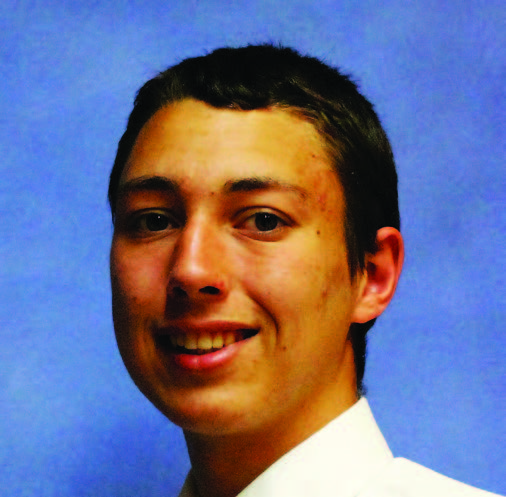 The road system blueprints Cody Brooks has seen from his father’s work are turning out to be an inspiration as he plans for college.

“I fell in love with all the rules and measurements involved with the blueprints,” says Cody.

He plans to pursue an engineering degree, attending Lane Community College for two years before transferring to Oregon State University in Corvallis to complete his degree.

“I believe I can do this,” says Cody. “I greatly appreciate the scholarship help. It’ll pay for my whole first year. It gives me the confidence to succeed.”

In addition to thanking his parents, William and Jennifer Brooks, Cody thanked Karen Cardwell, his high school college counselor, and Toni Beckett, his science teacher, for pushing him forward in his education and giving him confidence that he can earn an engineering degree. 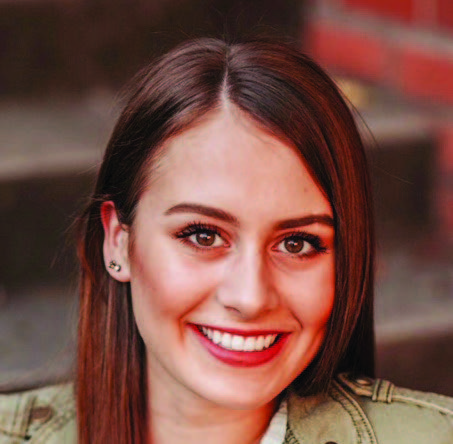 Cassandra Cunningham will mix academics and athletics while attending Corban University in Salem this fall.

She will major in psychology and play a hitter position on the volleyball court. Her goal is to become a marriage and family therapist.

Cassandra says she has a strong family background thanks to her parents, Jason and Keri Cunningham, and loves helping people.

“I’m so thankful for the support my parents have given me, everything they’ve done for me, and I’m so grateful for the scholarship from Lane Electric,” Cassandra says. 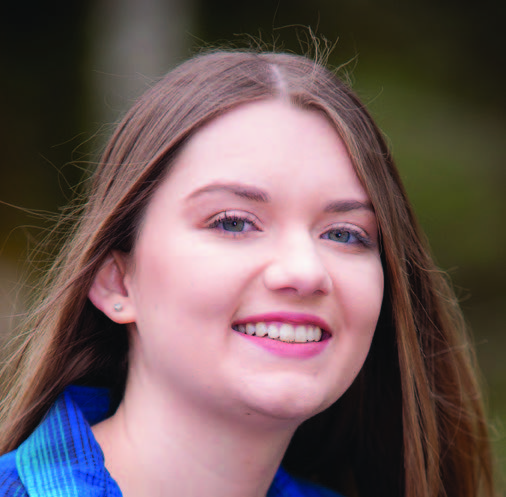 Even though her parents are avid University of Oregon Duck fans, Tasha Dowdy has chosen to continue her education at Oregon State University.

She plans to major in pharmaceutical sciences. She picked OSU because it has a graduate program in her major, and will allow her to stay at the same school to earn her master’s.

Despite her choice of school, Tasha says her parents, Tim and Sandy Dowdy, are supportive. She is grateful they have encouraged her to pursue higher education.

“I’ve always been interested in the medical field,” Tasha says. “Pharmaceutical sciences doesn’t have the risk of seeing life or death firsthand, but this field still has the potential to save lives. I want to help develop and create drugs to cure diseases.” 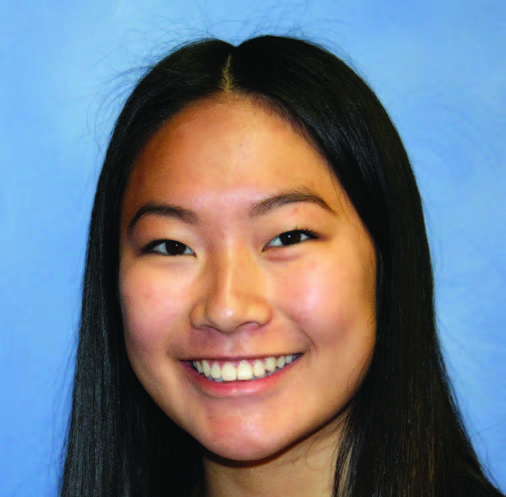 Myla Garlitz is looking ahead to a future of helping people through engineering.

Her plans include attending Oregon State University to earn a degree in mechanical engineering and possibly working toward a master’s.

“I would love to be able to help benefit people’s lives and improve the quality of life through developing engineering solutions to societal challenges,” Myla says. “Mechanical engineering opens up a broad spectrum of career paths and opportunities for me.”

At OSU, Myla wants to join the school’s Formula SAE racing team, engineering parts for the vehicle. To broaden her education, she also plans to learn more about other science-based clubs at the university. 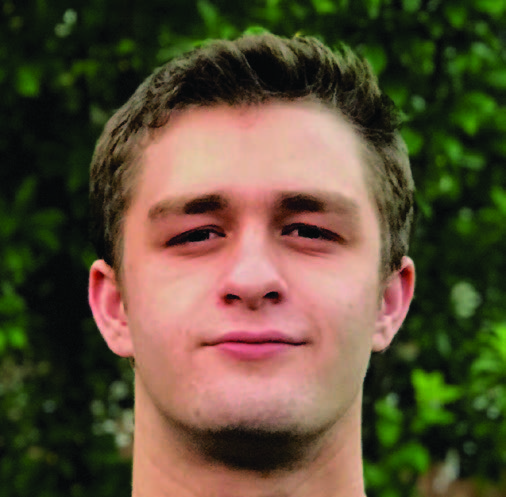 Age: 18
Residence: Eugene
Education: 2018 graduate of South Eugene High School
Goal: To be an English or mathematics teacher or professor at the high school or college level

Henry Lininger has been involved in debate for the past eight years and now is ready for the challenge of debating at an even higher level.

Henry is attending Harvard University in Cambridge, Massachusetts, this fall. He is majoring in political science and participating in debate.

Henry was co-captain of the Axe Debate Club at South Eugene. He and fellow senior Leon Saenger teamed up to win several national circuit debate tournaments.

Henry helped start debate programs at Hamlin Middle School in Springfield and at Springfield High School. He says he is grateful for the support he has received from his parents, Merle Weiner and Tom Lininger, and for the support from Lane Electric.

“Awarding these scholarships shows Lane Electric is investing in the youth and sets the tone for how the community should support its youth,” Henry says.